KIDS / For English please look below 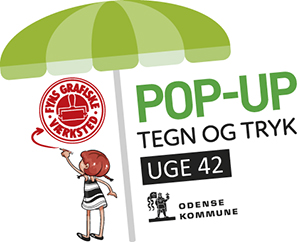 The following participants in our IBK'21 has won prizes:

The Importance of Play

Satisfying artmaking can be a deep and lifelong experience. Artmaking experiences often start in childhood. For children who independently demonstrate a natural propensity for making visual art, parents need to be open to the notion of allowing their kids to have diverse art experiences. This could include experiencing making prints. As Joseph Campbell once said: “Follow your bliss.” And perhaps artmaking in printmaking might be a child’s bliss. Or perhaps a child’s bliss becomes a lifelong joy of collecting prints. Or perhaps the child will also develop a deep and  lifelong appreciation of art and culture.

Parents need make careful choices for their kids in quality artmaking experiences. Parents need to decide if their child or children might creatively benefit by being in a group of organized artmaking. Making art in groups can be very stimulating. Respectful guidance, supportive feedback and appreciation and creative freedom need to be provided by the facilitators. Beneficial learning experiences nurture not only the development of creative problem solving skills, but build a sense of confidence and self-expression. Facilitating making art requires preserving a child’s spontaneity and avoiding any form of intervention that might corrupt spontaneous creativity. Sharing and exhibiting work is also a valuable experience for an artmaking kid.

Three years ago, I suggested to members of the Funen Printmaking Studio  in Odense, Denmark the idea of hosting a children’s print exhibition. At the time, I was a guest artist during a stay. The studio has now undertaken biennially the challenge of educating Odense children about making prints as well as facilitating the opportunity for children artists from mutipel countries to exhibit their art publicly in Odense.

In 2018, the second edition of IBK occurred. IBK is an abbreviated form of "International Printmaking Biennale for Kids". The IBK event is billed as “An exhibition for children and with children.” Hosted by the Funen Printmaking Studio Gallery, the IBK is an exhibition that is intended exclusively for children artists between the ages of 5 and 16. Children were invited to participate in this unique cultural event that openly validates, promotes and celebrates kid’s art. The IBK is a unique, and is believed to be the only international print biennale dedicated for children’s printmaking in the world.

The 2018 edition of IBK has been a great success. IBK 2018 fulfilled its aim for the enjoyment and enrichment of exhibiting children’s printed art. IBK 2018 also encouraged and challenged children in multiple countries to be engaged and stimulated by the art of printmaking. Over 200 children submitted 227 prints from Australia, Denmark, Finland, Germany and Serbia. Most of the submissions were monotypes, collographs and linocuts. Some children submitted etchings. Individual children could submit work or groups of children could submit work.  Most of the artwork was submitted by kids in classes and facilitated by their teachers. This included prints from children at the European School in Copenhagen as well as submissions from a group of refugee children.

Kids were invited to submit 1 to 2 prints measuring 10 x 10 cm. All participants were guaranteed to have their artwork exhibited. Each artwork could be sold in the exhibition for a the same price of 350 Danish Kroner (47 Euro). A child could also opt not to sell her or his work by indicating this in writing. The IBK is not intended as a fundraising event for the studio. Rather any money raised by the IBK goes for awards for the kids. When prints were sold at the exhibition, a modest commission was charged by the gallery.

For IBK 2018, young artists were inivited to create imagery inspired by the fairy tales of Hans Christian Anderson who was born in Odense. The Odense public very favourably responded to IBK 2018. Many agree that children are often are the best public to view art because they are fiercely honest. Many adult visitors to the exhibition found it as an exciting and delightful occasion to view so varied many prints by so many children from multiple countries.

Lene Leveau is the Funen Printmaking Studio & Gallery Co-ordinator. When I asked Lene about the content of IBK, she shared the insight that the imaginative world of children is perfectly suited for art of printmaking. Clearly this exhibition supports the importance of play. There were so many images submitted with fanciful, whimsical and imaginary storytelling. She noted that a print was submitted by one child as a white print on paper. She added this unusual print was indeed inspired by a H. C. Anderson fairy tale: «It's the emperors new clothes!»

The Funen Printmaking Studio & Gallery received 10,000 Danish Kroner (1300 Euro) from the Hans Christian Andersen Festival for the IBK 2018 awards. The IBK 2018 also received some printmaking supplies for the winners from the studio supplier. A local Funen newspaper published an article on IBK 2018 and the Funen television (TVdot) also covered the event. Several journalists were present when the awards were distributed. Lene commented about IBK’s future «Our hope is that the exhibition will grow larger each year. If we could fill other venues with prints during the Biennale, this would be wonderful.»